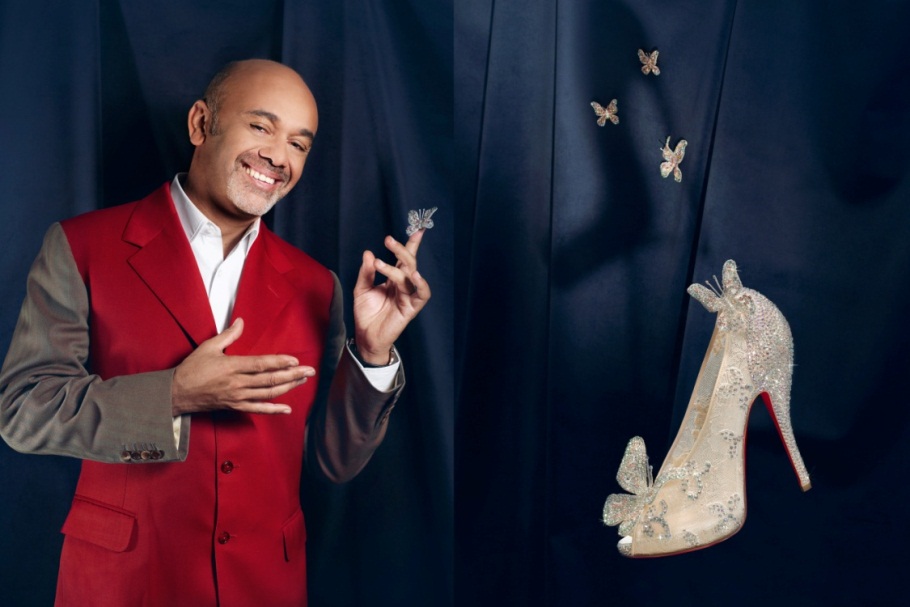 Who better to design a Cinderella shoe than the prince of all shoe designers Christian Louboutin? Since the world famous fairy tale is being re-released in September mister Louboutin was asked to create his version of the magic slipper. He used lace, crystals and attached two butterflies to the pair of heels (and Yes, the sole is red).

Worldwide modern day Cinderella’s can soon join a competition and win one of the twenty pairs of magic slippers. If there’s a handsome prince included, I’m joining!