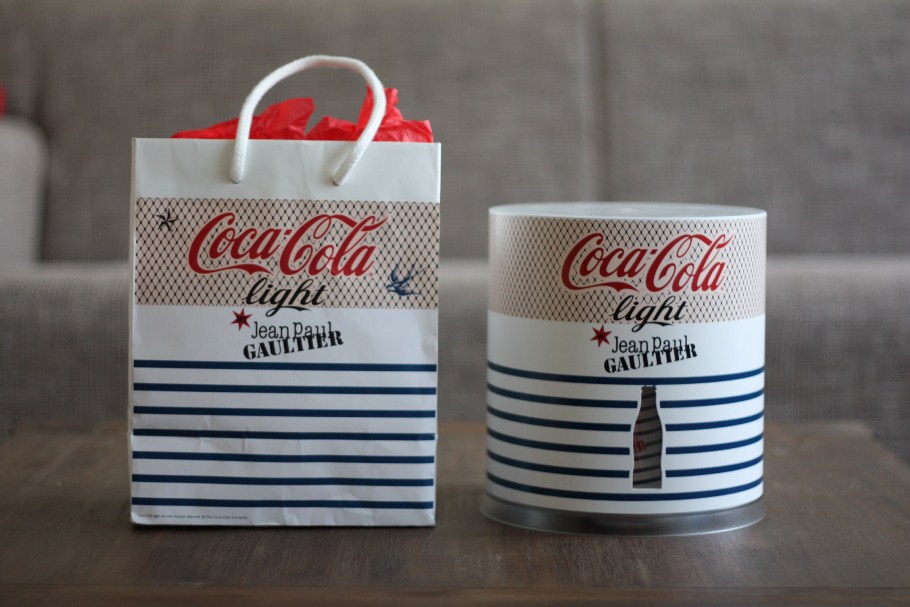 As I wrote earlier today this week I was in Paris for the launch of the new designer Coca-Cola light bottles. This time Jean Paul Gaultier followed in the footsteps of designers like Missoni and Karl Lagerfeld and came up with a special Day & Night collection. He designed three different bottles, which all carry his signature looks (a corset, horizontal stripes and a mix of tattoos). Only the first two are available right away. The other, tattooed one, will go on sale in July.

Are you going to buy these designer Coca-Cola light bottles?

Photos (by me):
Limited edition box with the two bottles and a Jean Paul Gaultier Coca-Cola light glass